The people behind the big ideas.

From our board to our farm assistants, people are the lifeblood of our Group.

By ensuring we foster excellence and take good care of our people, animals and environment, we remain true to our values and vision.

To find out more about working at the Camden Group, please see our careers section. 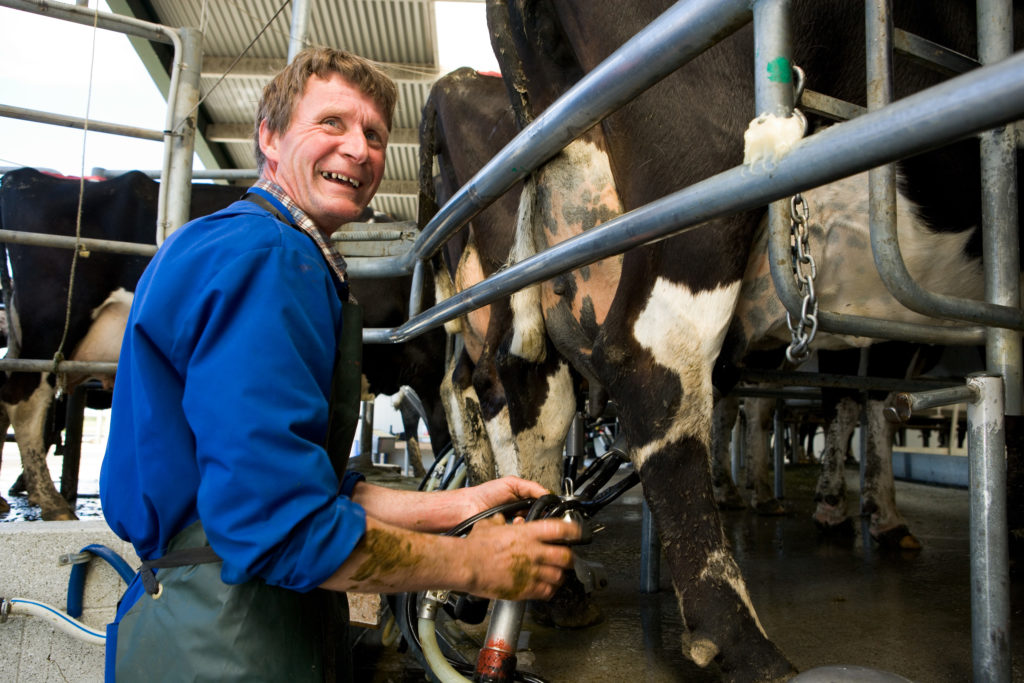 Leo co-founded the Camden Group in 1994.

His role was initially hands-on, managing the conversions and overseeing the day-to-day operations of the dairy farms. 50/50 sharemilkers were employed as Leo and John focused on the conversion process, and then in 2005 they changed to self-managed farms, appointing Leo as General Manager.

A passionate industry supporter, Leo plays a vital role in developing the Group assets, managing subsequent changes and setting up the appropriate compliance systems to take the group forward. In the process, he has served as a champion for the Camden Way, nurturing staff and helping them progress in the industry to achieve their goals.

John has spent the majority of his career in the dairy industry.

For the last 20 or so years he has operated Dairy Farm Management Services, providing farm and business management advice to dairy farmer clients and the Camden Group of farms. John has a degree in Agricultural Science from Lincoln University, and currently lives in Geraldine.

Irrigation has been a key interest over the years and John has been a board member of Irrigation NZ since 2002 and a director of Central Plains Water Ltd since 2003. John also recently ended 5 years as a community appointee on the Regional Committee for the Canterbury Water Management Strategy.

Terry started with the Camden Group in 1995, working with Leo at Camden Farm as a Junior Dairy Assistant.

He applied for the position as part of his practical work experience while he was studying a BComAg at Lincoln University. After graduating he worked with John at Dairy Farm Management Services, which gave him an overview of different dairy farming systems in the wider Canterbury area. He then travelled and returned to New Zealand to work with an agricultural contractor and then as an export coordinator.

Terry returned to the Group in 2003, working as Manager for Willsden Farm from 2004 until 2010. He now leads the operations for all Group farms and brings to our team a wealth of farm management and business management, along with a dedication to the company culture.

Travis was appointed as Business Manager in February 2020.

As Business Manager for a Financial Adviser previously, Travis was tasked with managing the operational performance and workflow of a client-focused agent. He graduated from the University of Canterbury in 2015 with a BCom majoring in Human Resource Management and Operations/Supply Chain Management. He is also a Certified Advisor for Xero and Figured.

The Business Manager’s focus is on the Group’s business support and finance function including providing support to the Directors and senior leadership team.

Anna began her dairy career at Willsden Farm in 2004 as a junior staff member. The following year Tony and Anna took a 2IC job next door at Prairie Farm, where they spent the next two years gaining experience and skills. They were also able to buy and raise their first 20 heifer calves.

After two years at Prairie Tony and Anna took on the role of managing Camden Farm. They took to the management role with great enthusiasm, achieving record production in their first season. During their time at Camden Farm they also reared 115 heifer calves in the first season and 117 in the second.

Tony and Anna used the buying and selling of stock to increase their equity which enabled them to take on a 50% sharemilking position, establishing a joint venture with the Camden Group in 2009. Their first sharemilking position was milking 530 cows in Te Pirita, then 1,330 cows in Rangiora from the 2012/13 season.

2019 saw a change for the venture, with Camden Group and the Wakelins jointly purchasing a 501ha dryland farm in South Canterbury, milking 1,100 cows. The farm is Tony and Anna’s “forever farm”. From junior staff member to farm ownership in 15 years – we are proud of the journey Tony and Anna have taken and we’re excited for the opportunities ahead.

Camden Group’s board of directors are responsible to our shareholders for the strategic direction and operational performance of the company.

Graham is a consultant for accountancy firm Brown Glassford & Co. He assists farming families and businesses with development and governance.

Leo is the co-founder of Camden Group.

Gavin is an Auckland-based IT Consultant.

David is a cropping farmer based in Barrhill, Mid Canterbury.